I hope you have all had a nice relaxing easter and like my self have eaten your body weight in chocolate and roast dinners. This month I have been busy rehearsing and writing new material with my funk band Soul Grenades which for those who don’t know is an originals funk band consisting of 11 of us plus a shiny horn section. We have been working on demos and getting our incredible new singer Sabinna up to scratch with our set as well as our disgustingly talented keys player Dave Henley. I have included a video of us in rehearsals last week in preparation for our gig at The Pack And Carriage this friday the 10th in Euston. So feel free to come down and check out some great funk bands.

I have also been out gigging (as you can see from the image at the top) with my good friend James Mc Master. We are working on a new Duos gig but this was in aid of a small music festival in Tunbridge Wells called PooFest and we played some of James’s original material which was great fun plus its always a pleasure playing out with McMaster!

I have also been writing songs for country star Jeannine Barry as she is heading of to sunny Nashville to record her EP so best of luck to you girl! 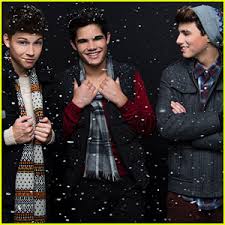 Last month i did a session for producer Kai McKenzie for pop band FOREVER IN YOUR MIND where i played guitar and ukulele on their new track Sweet Little Something which has been riding high in the Disney Charts. I had never played Ukele before and it was quite the learning curve but was good fun and you can check out there new single on iTunes here.

Thats it for this month, have a nice April.

Welcome! My name is Keir Moore, I am a guitar player, teacher and composer based in Bromley. I teach students of all levels and experience and am also available for gigs and compositions.

For all enquiries please call
07828 895 062
or email keirguitar@hotmail.com
Follow @keirmoore

Check out my Google+ Page